Due to this year`s tenth jubilee the half marathon that leads from Middelfart to the European mainland which in this case means Jylland the route was changed. Instead of running twice across the old bridge the motorway E 20 and the new bridge were chosen for this year`s loop. Two lanes were closed for traffic and the starting time was 7:15 pm, which was of great advantage for participants and the motorists.  The previous year the sun literally roasted us as it was one of the first hot sunny days and some even collapsed due to the heat, dehydration and wrong choice if clothes.

As I had already participated in three half marathons and one thirty kilometer run I felt very well prepared. 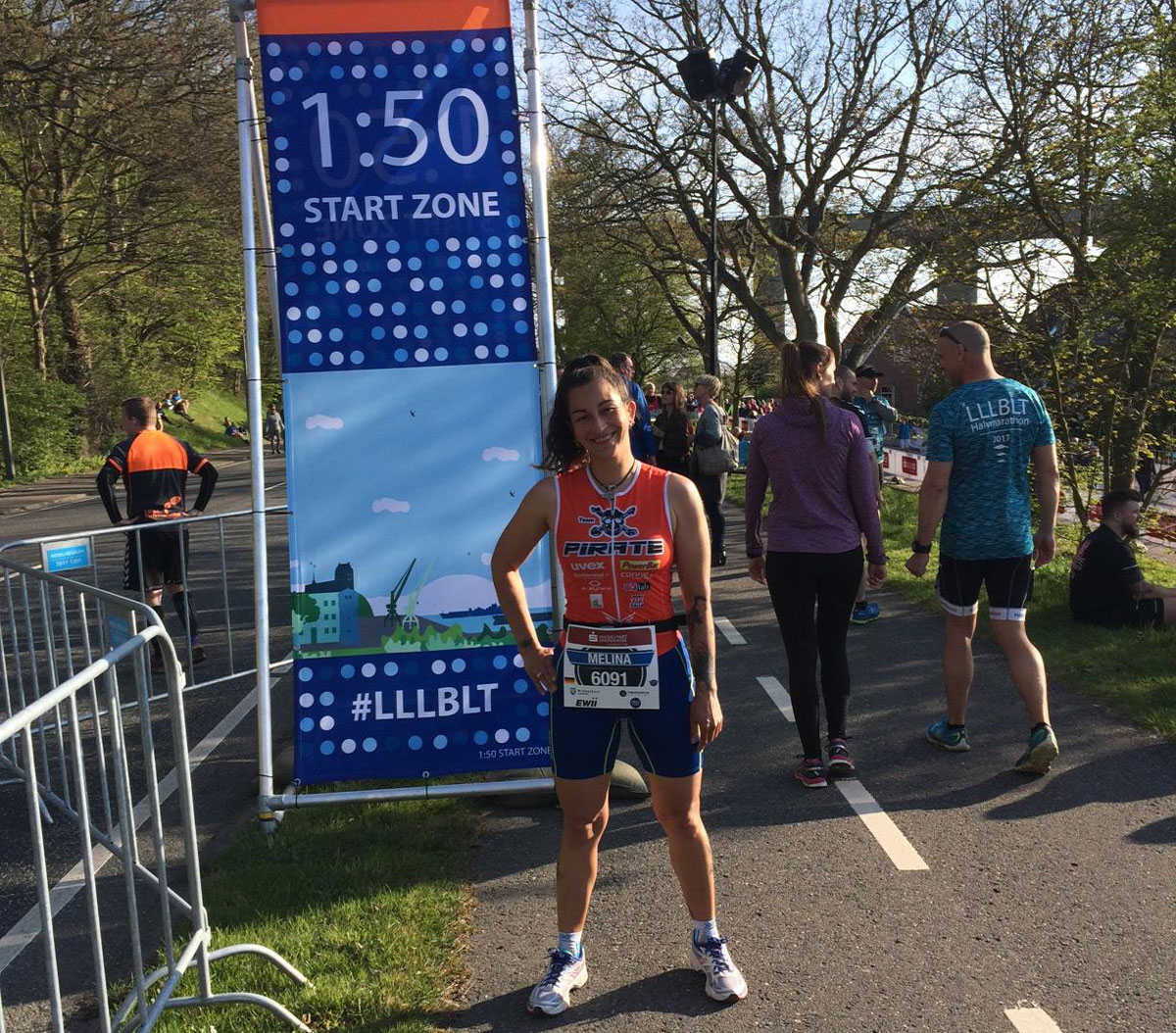 Just the fact that I started into my new job and had the forty ton truck as my vehicle and living room since April 17th wasn’t part of the plan, fortunately close to the start a big “trafikplats” offered enough space.

Among the 8813 participants who would finish they had set up start-zones for expected finishing times and had lots of pacemakers who steadily ran the whole distance carrying yellow balloons.

Full of optimism I chose the 1:50 zone and kept close to “my” pacemakers- the right place to mention I am still very grateful-you did a very good job, guys!-during the run. 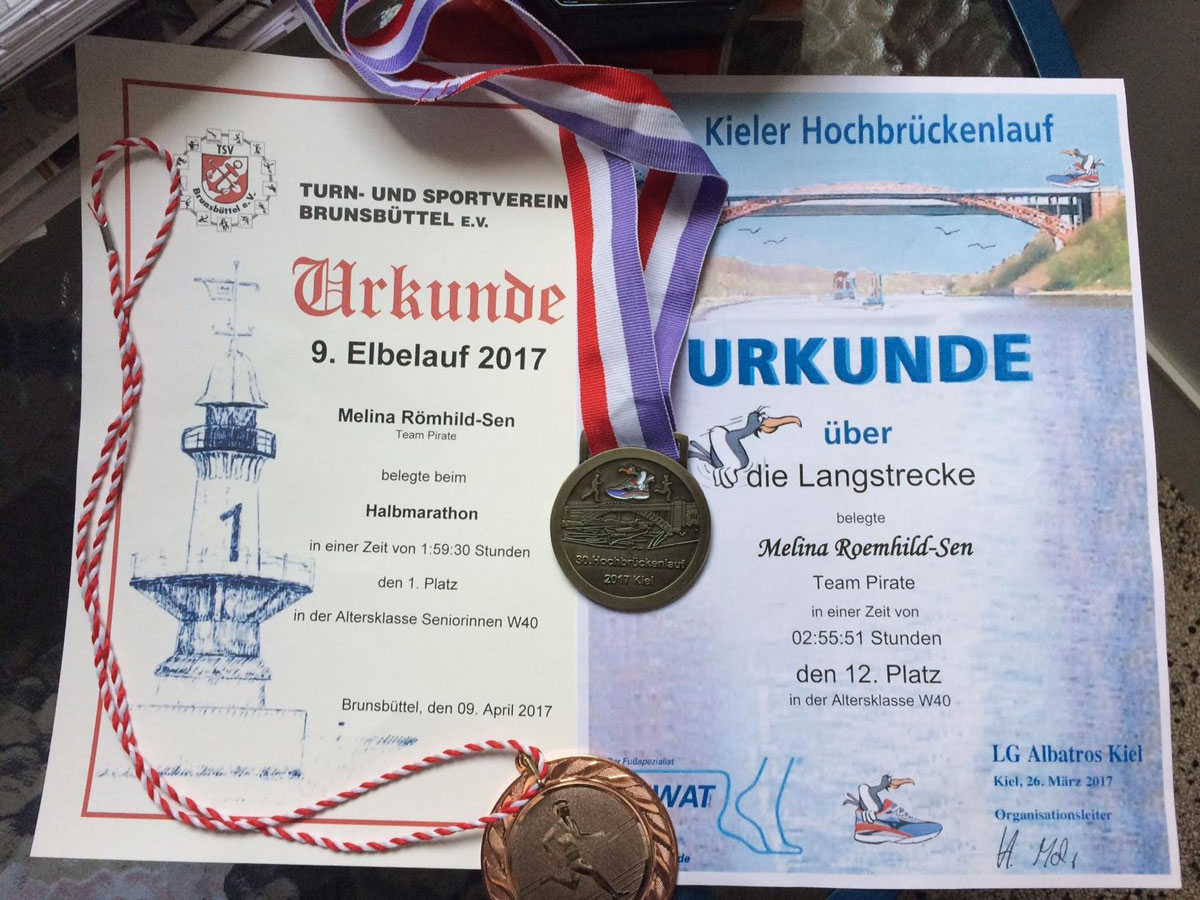 The view from the bridge was fantastic, and knowing from driving across is by no means a comparison to what you can see while you steadily run.

On the way back to Middelfart at kilometer fifteen I tried to keep close to my balloons: 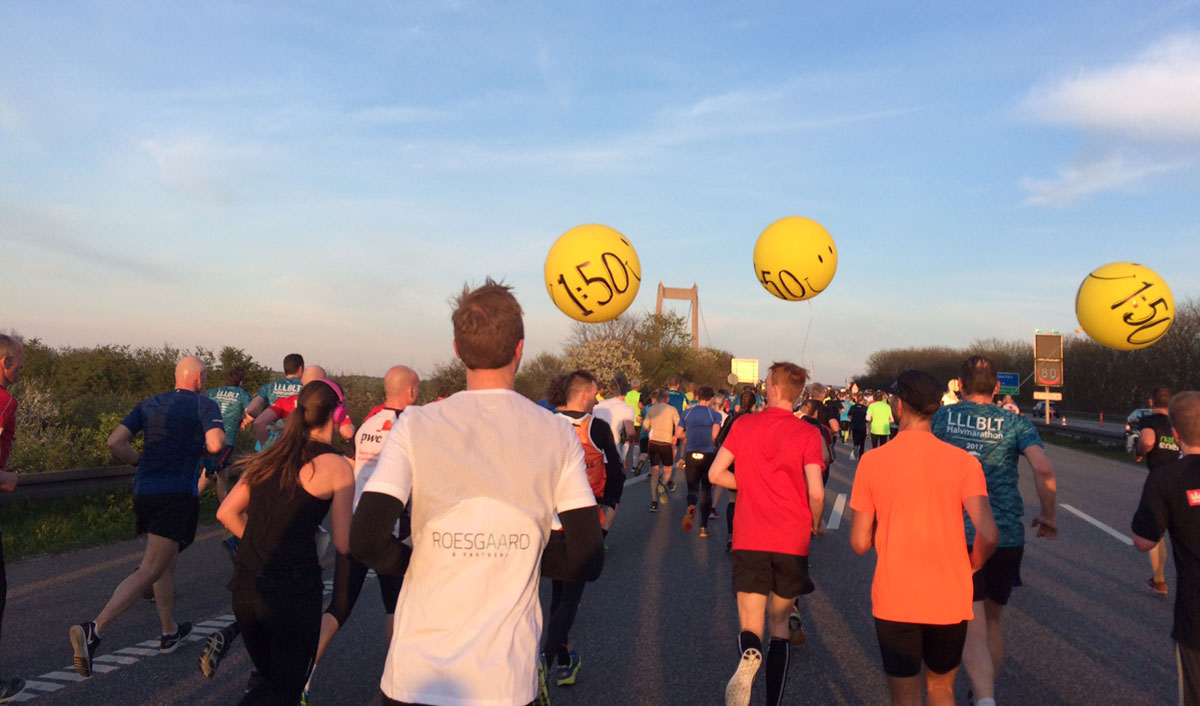 What an experience, and the audience was partly responsible for my new PBT, as they encouraged us runners a lot. Children held out their hands, maidens danced and a rock band performed live.

This year had a Dutch male and an English female winner, but for us participants who were a bit behind the front it was more of a celebration than a contest.

As I finished  my netto time was one  hour, fifty-one minutes and thirty-six seconds and amongst 3053 female finishers I made it to position 400… 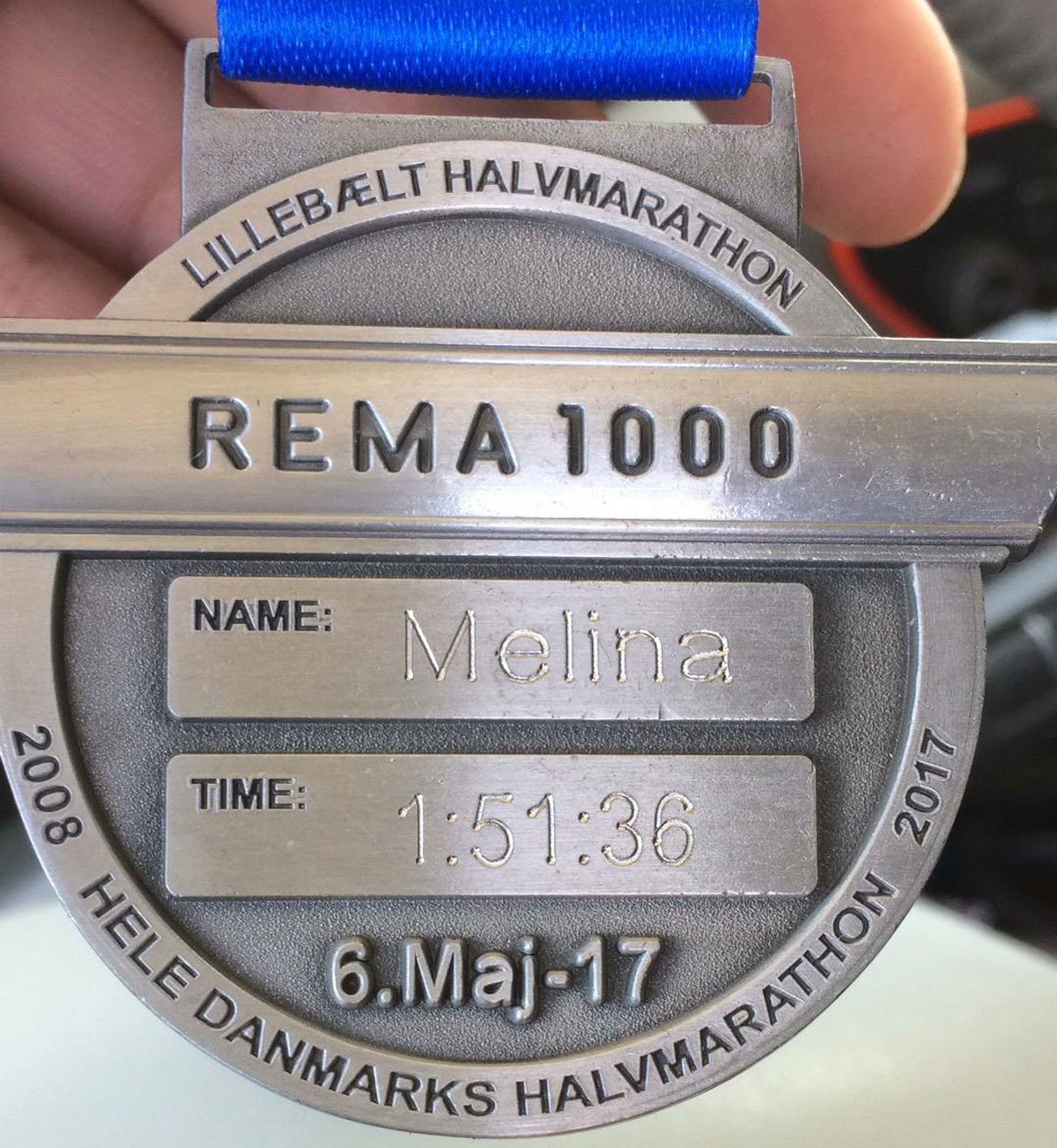 There is something very special in running across bigger bridges which makes me want to do it again and again…and Denmark has a lot of them. All of the banknotes show bridges on their backside-well the country consists of islands and a large number of Danes are passionate runners and cyclists. 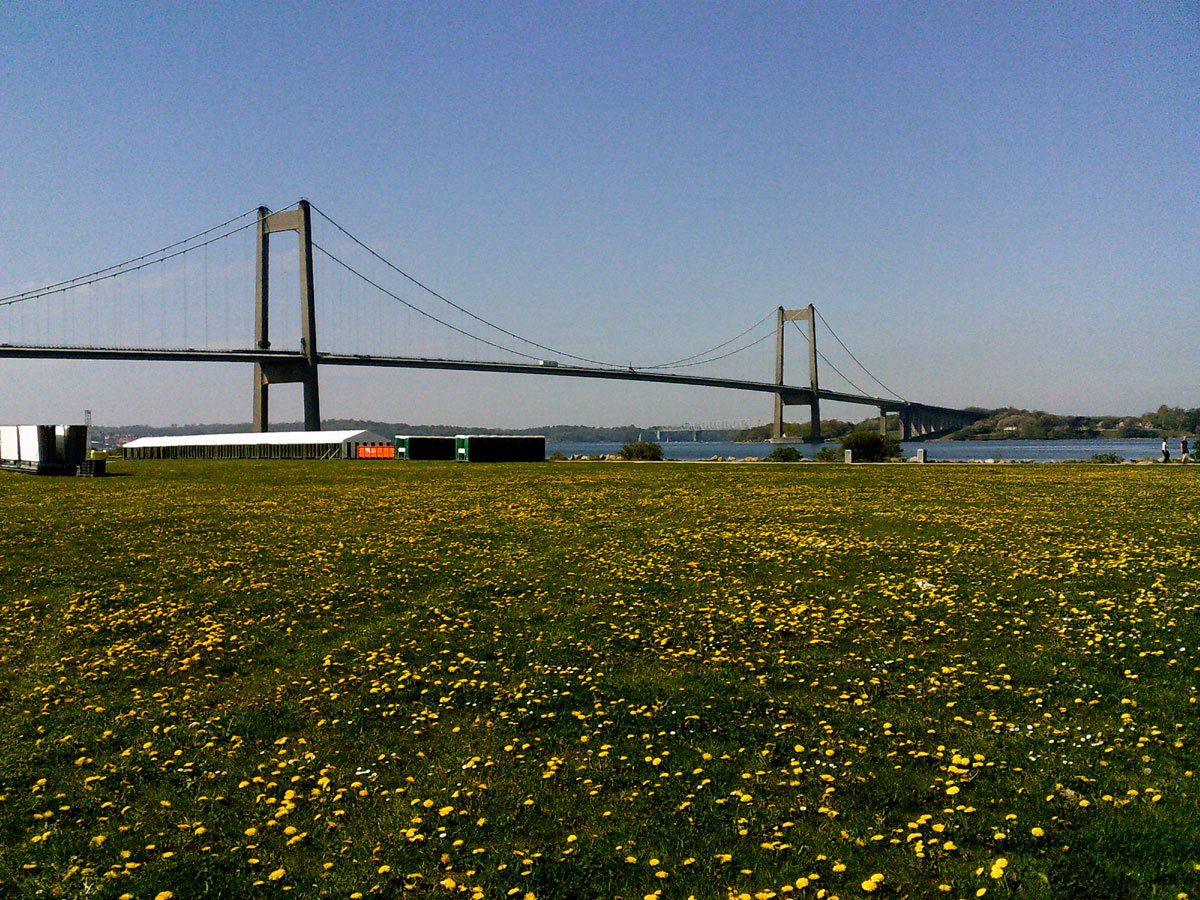 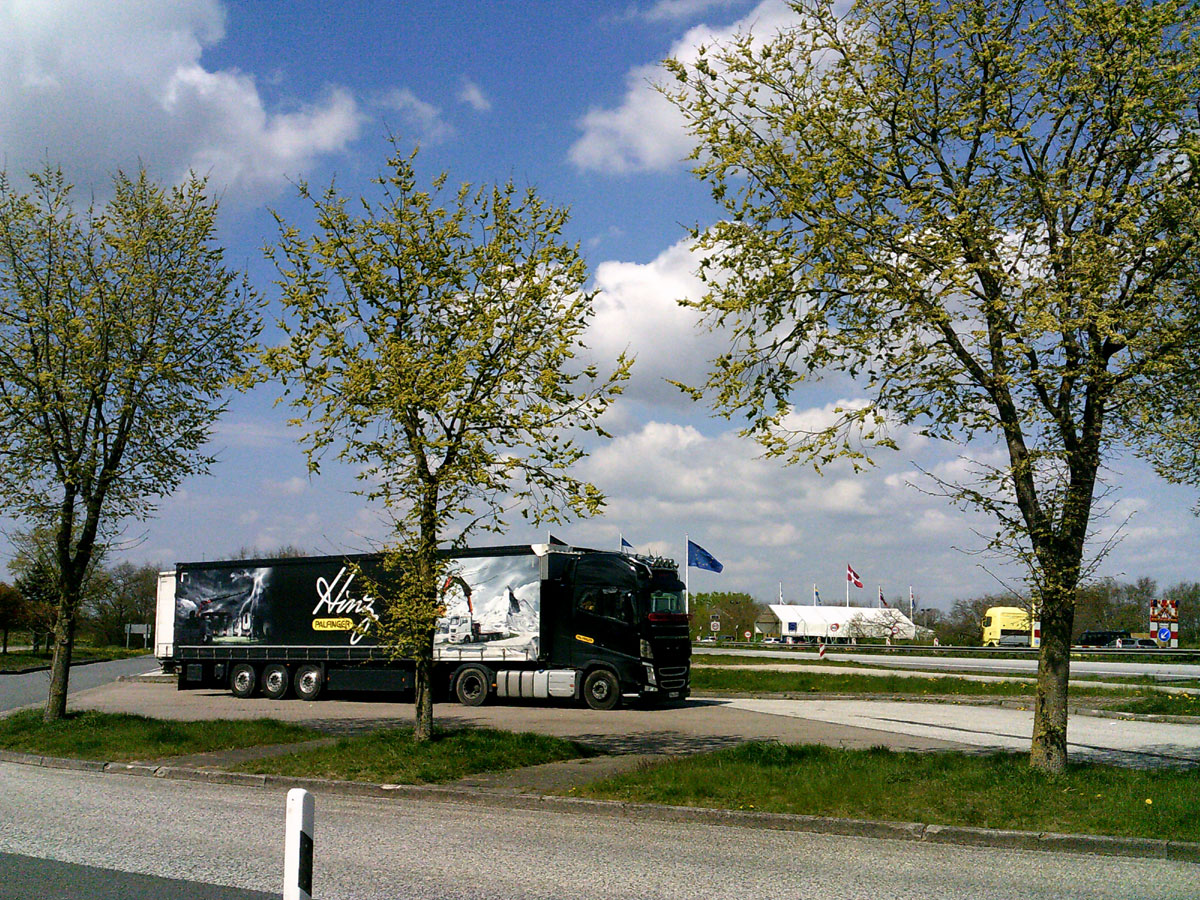 My small one at the Danish border